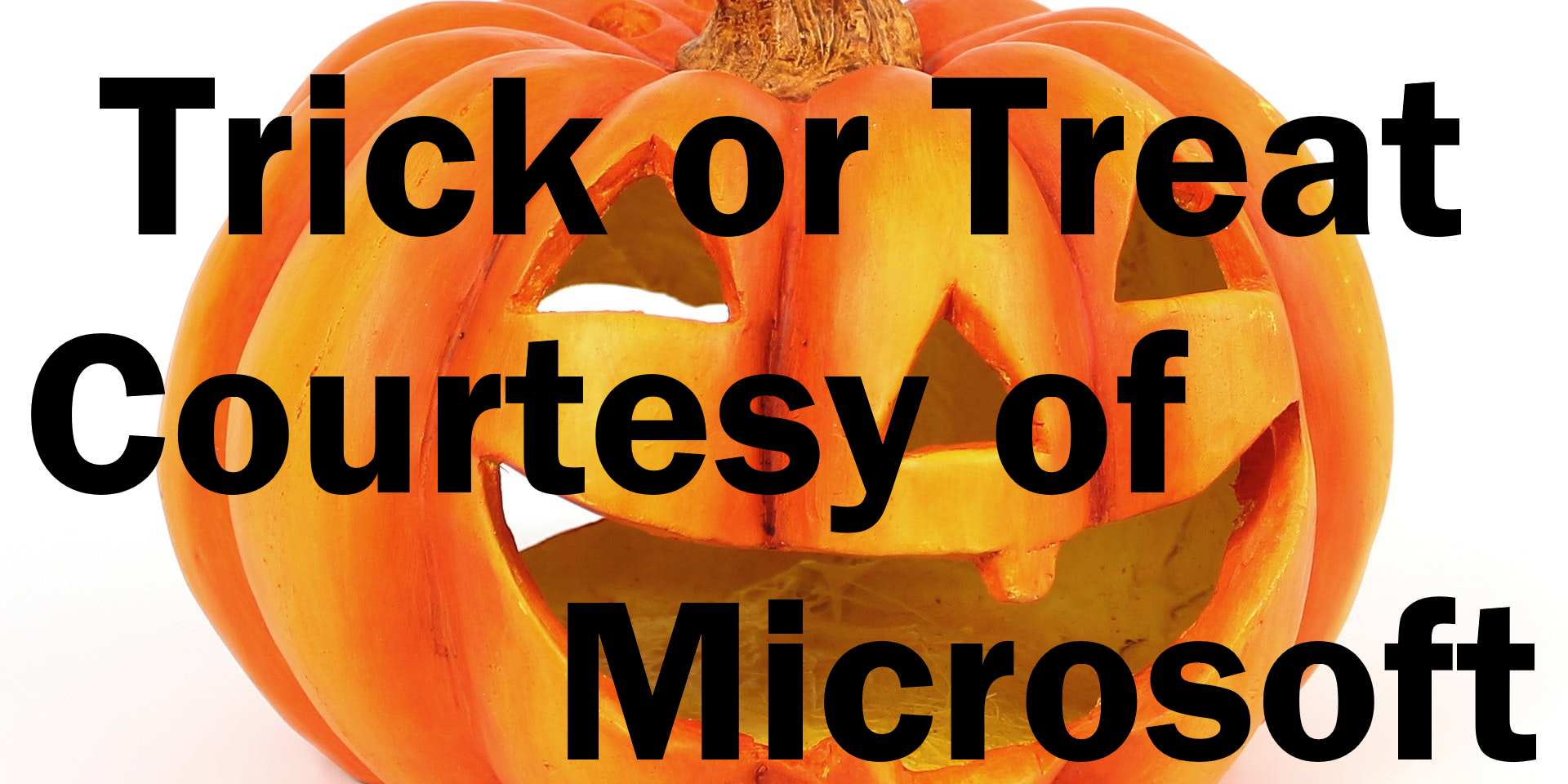 Quick poll: What is scarier?

Halloween or Windows updates? We have all become jaded to Microsoft forcing updates on us over the past 10 years or so. But every once in a while, a major update comes out that not only wreaks havoc on unsuspecting users, but causes down time and business disruption. If Microsoft gave us (IT managers) some control over how and when these major updates are applied, I wouldn’t mind as much.

At least we know a big one is on the way, destined to drop in October. It is rumored to bring a host of new features and updates to the platform and will (consequently) take a long time to install. One of the best things is (insert sarcastic tone), Microsoft has publicly stated that it possibly could fail and leave your computer non-operable with no advice on what to do to recover it if it should happen.

Apparently the issue isn’t so much with the update itself, but with the amount of temporary work space the update needs to install. If your device’s operating system partition (typically the ‘C’ drive) is too small, Windows will fail to install the update leaving it ‘half in/half out.” No bueno.

How much is enough? Microsoft won’t say (gotta love it!) From one article I read, the last major update required at least 20GB of free space. So maybe plan on 25GB? 30GB? More is obviously going to be better. Luckily it is easy to check your PC’s free disk space ahead of time.  Open File Explorer and click My PC. This view will display all of the drives in your computer and their free space. More often than not, the drive listed as “Local Disk” is the one to pay attention to.

What should you do before the October surprise attack? First of all is back up your documents, pictures, music etc to an external drive or any of the cloud-based storage services (ask us – we have one too!) Secondly, clean up your drive. Windows has a built-in tool to help get rid of old temp files. You will find it located under Settings | System | Storage. Click the ‘Free up space now’ link to start the process. Windows will scan your system and tell you what and where these extra files are. Check the contents of your Recycle Bin to double check, but definitely dump it if you know you don’t need anything from it.

Who you gonna call?

As much as Microsoft wants this process to be easy, smooth and pain free, sometimes it just does not go as planned. If at any time you have questions or need some advice, please give us a call. If these upgrades stress you out and make you lose sleep, give us a call. We would be happy to back up your data and preform the update for you. Just give us a call and we will get you scheduled and keep your Windows 10 device up and running. Our office hours are 8:30AM to 5:00PM Monday thru Friday and you may reach us at 850-837-7638 x200.

Expand your workplace, not your desk space with Microsoft Surface
December 10, 2021